SSSS workshop – The year of safety and health at work

On 6 July, a workshop was held in Majdanpek, organised by the Independent Trade Union Association of Serbia. The workshop was dedicated to the improvement of working conditions focused on the preservation of health and safety of workers.

Zoran Vujovic, SSMS director, also spoke at the presentation, and pointed out the importance of successful cooperation of employer and trade union, as well as the implementation of the measures for health and safety at work as the business policy of the Rudnik company. A successful implementation of the measures for safety and health at work and introduction of high standards are possible, as seen in the case of the Rudnik company, hence for the example of good practice it was suggested for the example in the field of HSW of the Rudnik company to be entered into the HSW manual, which shall be designed within two projects with AFL-CIO (American solidarity centre) and Solidar Suisse-SLA (Swiss Labour Assistance agency). 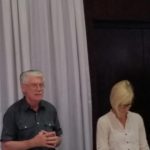 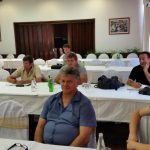 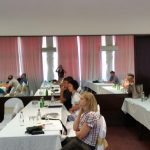