Handover of the System for notification and alerting

On Friday, December 20 2013, a handover of the System for notification and alerting was carried out in the premises of the company Rudnik doo, which was built on the tailings dam, according to Article 106 of the Emergency Law (Off. Gaz. RS no. 111/09).

By decision of the Government of Serbia, we were designated as a company authorised for emergency situations. With the entry into force of the new Law on emergency situations, the revitalisation of existing but unused system for O&S. was started. By making the entire project documentation, certified by the Sector for Emergency Situations, all operations and activities have been completed. The company Rudnik is connected to the Regional Centre in Čačak with five alarm stations.

The company Rudnik has carried out the obligation of informing and alerting the population downstream of the tailings dam, according to the law. The law stipulates that the alerting system management is done by the competent service of the Sector for Emergency Situations of the Ministry of Internal Affairs of the Republic of Serbia. At the handover, Mr Aco Ilić, director-general of Rudnik and flotation “Rudnik” doo, major Borivoje Gačić, fire battalion commander, of the Sector for Emergency Situations Čačak, Mrs Bojana Nikolić, chief of the centre for O&U and Mr Jovan Kon, assistant director of quality and marketing institute Mihajlo Pupin have spoken.

After the conference, a record of the handover of the system was signed between the director-general Aco Ilić and Mrs Bojana Nikolić, chief of the Department of Risk Management and Civil Protection in the Department for Emergency Situations Čačak. 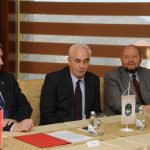 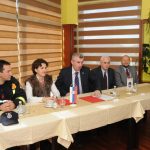 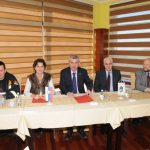 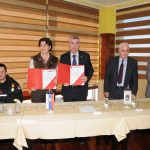 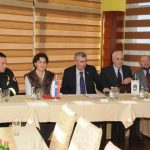 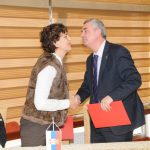 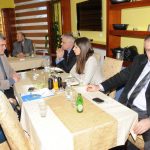