Rights in the Service of the Trade Union

On 23 November, in Aeroklub, the final meeting within the project “Rights in the Service of the Trade Union” took place in the organization of the Independent Trade Union of Metalworkers of Serbia, with the support of Solidar-Suisse Swiss Labour Assistance SLA.

The goal of the project was the training of trade union representatives on the company level regarding basic regulations of the labour law and collective negotiation, health and safety at work and peaceful settlement of labour disputes with a view to creation of better possibilities and environment for successful activities of the trade union.

The Manual “Rights in the Service of the Trade Union” was introduced at the meeting, which is intended for trade union activists and members of the board of BZR. The project results were presented, and the executive director of the company Rudnik i flotacija Rudnik, Zoran Nedeljkovic, addressed the meeting and in the context of the manual presented the part on Examples of Good Practice, considering that the company Rudnik is the only company from Serbia which was awarded the prize of the European Agency for Safety and Health at Work for the year 2016/2017. 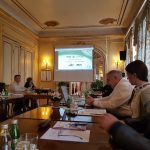 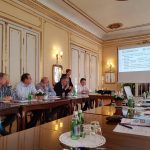 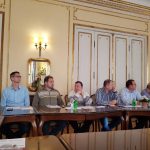 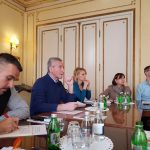